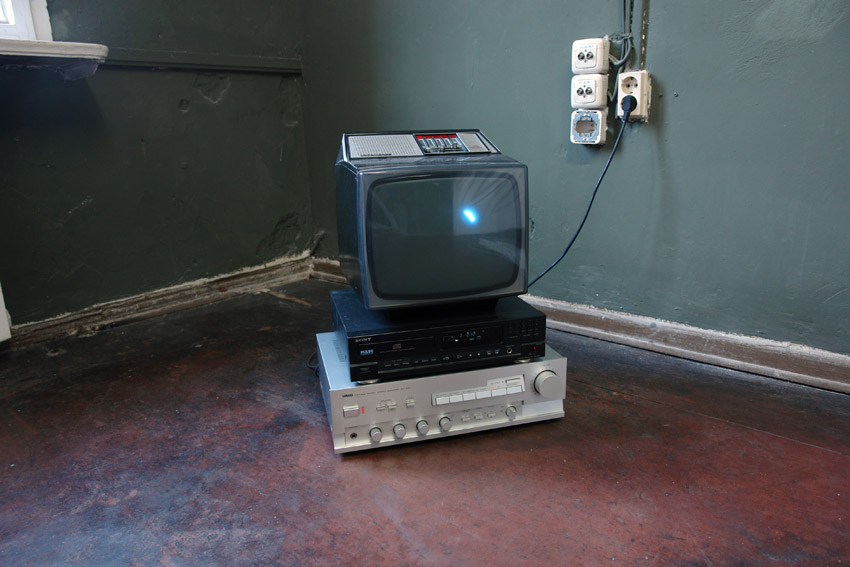 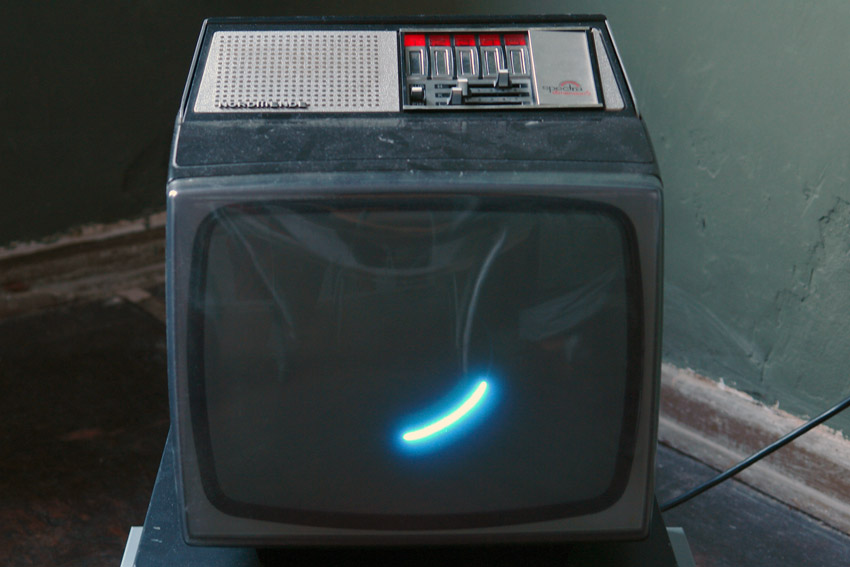 “When did you first feel the urge …” is a reconstruction of an experiment conducted by the neuro scientist Benjamin Libet in 1968. A test person could choose to press a button at any moment – but he should remember the position of a circulating dot on a screen in front of him. Libet showed, that a ‘readiness potential’ in the brain preceeds every volatile decision , and hence questioned the concept of free will that had been fundamental to philosphy and religion for centuries (His argument was essential to the discussion of the philosphical implications of neuro science in the past decades). The ‘reenactment’ of this experiment recalls this controversial thesis and transforms it into a minimalistic videosculpture.

On the opposite wall I exhibited ‘Systamstrahlung’, as if to prove free and aestehtic decision by curating the ‘creative’ output of a machine.